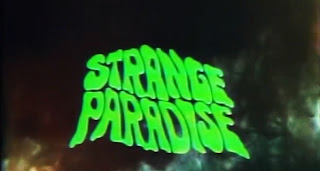 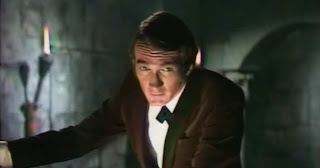 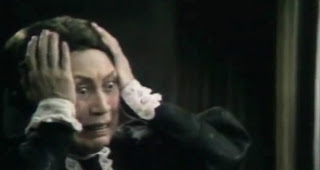 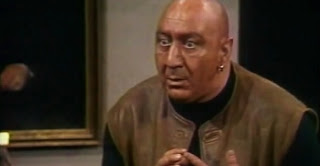 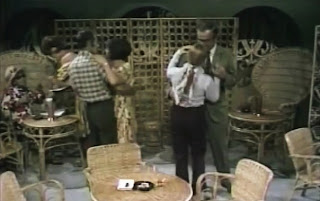 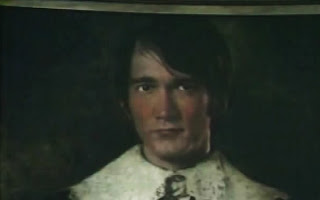 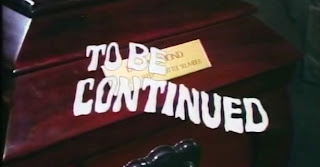 Woah, 'Strange Paradise' is a bit of an odd one to get slightly obsessed with but, I'm afraid, it has me in its wobbly clutches. A daily, live soap opera produced in Canada (part of the Commonwealth, so technically within The Island's remit) the show ran between October 1969 and January 1970.
Designed as a rival to the hugely successful US gothic soap 'Dark Shadows' (1,000 episodes and a film), it never really captured the public imagination in the same way but is its equal in its unholy mix of banal soap opera and horror. The actors are poor and quite often struggle with their lines, the scripts are alternately boring and outrageous, the locations limited (many episodes simply cut back and forth between two sets) and, best of all, it occasionally tries to be hip and happening with highly amusing results. But it's strangely compelling, like watching an amateur production of Lovecraft with all the atmosphere and tentacles taken out. Despite only being on air for four months, there's 185 episodes of this, and three distinct story arcs and casts.
As a flavour, here's a synopsis of the mind boggling first episode: Jean-Paul Desmond is the millionaire owner of a tropical island called Maljardin. His beloved wife Erica has just died suddenly. Jean Paul cannot accept this, and decides to have her body cryonically frozen. In the front room of his mansion, Jean Paul is addressed by the portrait of his notorious ancestor, Jacques Eloi DesMondes. DesMondes (who is the spitting image of Jean-Paul, allowing the same actor to play him in flashbacks) offers to return life to Erica if Jean-Paul will help him to live again. To this end, Jean-Paul visits the family crypt, locates DesMonde's coffin, opens it, finds a a voodoo doll with a silver pin through its head, removes the pin and is promptly taken over by the malevolent DesMondes...
Yes. I know, I know. Here's a clip from a randomly selected episode, number 64, I believe. I haven't quite got this far myself, so I don't know what's going on either.
Posted by Paul Bareham at 00:00